You are here: Home> See and Do> Diving in Falmouth> The SS Mohegan

The SS Mohegan was a steamer built in Hull for the Wilson & Furness-Leyland Line who set off on 13 October 1898, en-route from Tilbury Docks, London to New York, carrying 57 passengers, 97 crew and 7 cattlemen. It was at 6.50pm on the evening of the 14th October, that the Mohegan ran onto the Manacles. The ship had struck Vase Rock before drifting onto the Maen Voes reef. The remains of the wreck can still be found today, and are popular with divers, and artefacts such as crockery and brass portholes are occasionally recovered.

The Mohegan had taken a wrong bearing and sailed too close to the Cornish coast. James Hill, coxwain of the Porthoustock lifeboat saw the ship, lights ablaze, heading at full speed towards the Manacle rocks. 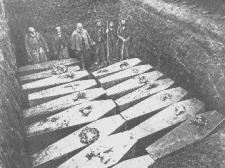 The ship rolled and sank 12 minutes after hitting the rocks, with the loss of 106 lives. Only her funnel and four masts remained above water. The Porthoustock lifeboat Charlotte was launched in 30 minutes and rescued most of the survivors from the wreck and the water.

Most of the recovered bodies of those who had drowned were buried in a mass grave in St Keverne churchyard, which was given a memorial stained glass window by the Atlantic Transport Line. It was the greatest disaster in the history of the company.

Where to stay in Falmouth

We are delighted to offer our website to be viewed in multiple languages. All you need to do is selected your preferred language from the drop down box below.

Continue
We use cookies on our website to give you the most relevant experience by remembering your preferences and repeat visits. By clicking “Accept All”, you consent to the use of ALL the cookies. However, you may visit "Cookie Settings" to provide a controlled consent.
Cookie SettingsAccept All
Manage consent

This website uses cookies to improve your experience while you navigate through the website. Out of these, the cookies that are categorized as necessary are stored on your browser as they are essential for the working of basic functionalities of the website. We also use third-party cookies that help us analyze and understand how you use this website. These cookies will be stored in your browser only with your consent. You also have the option to opt-out of these cookies. But opting out of some of these cookies may affect your browsing experience.
Necessary Always Enabled
Necessary cookies are absolutely essential for the website to function properly. These cookies ensure basic functionalities and security features of the website, anonymously.
Functional
Functional cookies help to perform certain functionalities like sharing the content of the website on social media platforms, collect feedbacks, and other third-party features.
Performance
Performance cookies are used to understand and analyze the key performance indexes of the website which helps in delivering a better user experience for the visitors.
Analytics
Analytical cookies are used to understand how visitors interact with the website. These cookies help provide information on metrics the number of visitors, bounce rate, traffic source, etc.
Advertisement
Advertisement cookies are used to provide visitors with relevant ads and marketing campaigns. These cookies track visitors across websites and collect information to provide customized ads.
Others
Other uncategorized cookies are those that are being analyzed and have not been classified into a category as yet.
SAVE & ACCEPT
Powered by